Our freedoms and security, fought and died for by Canadians and their allies, are under attack. The biggest threats to our freedom are too much government, the eco-lobby, and censors posing as human rights commissions. Our biggest security threat is Islam.

Obama scares all who value Freedom

I found a remarkable letter today about what concerns all conservatives about President Obama at the Conservative Grapevine. The CG referenced Chuck Norris' website, and from there I followed the link to Snopes which confirmed its validity. This letter is from an influential businessman, Lou Pritchett, who has 36 years of experience dealing with politicians. He does a masterful job of explaining the reasons why we should, and must challenge the mainstream media and Obama worshippers about the threat to what used to be the most free country on earth.

AN OPEN LETTER TO PRESIDENT OBAMA

You are the thirteenth President under whom I have lived and unlike any of the others, you truly scare me.

You scare me because after months of exposure, I know nothing about you.

You scare me because I do not know how you paid for your expensive Ivy League education and your upscale lifestyle and housing with no visible signs of support.

You scare me because you did not spend the formative years of youth growing up in America and culturally you are not an American.

You scare me because you have never run a company or met a payroll.

You scare me because you have never had military experience, thus don't understand it at its core..

You scare me because you lack humility and 'class', always blaming others.

You scare me because for over half your life you have aligned yourself with radical extremists who hate America and you refuse to publicly denounce these radicals who wish to see America fail.

You scare me because you are a cheerleader for the 'blame America' crowd
and deliver this message abroad.

You scare me because you want to change America to a European style country where the government sector dominates instead of the private sector.

You scare me because you want to replace our health care system with a government controlled one.

You scare me because you prefer 'wind mills' to responsibly capitalizing on our own vast oil, coal and shale reserves.

You scare me because you want to kill the American capitalist goose that lays the golden egg which provides the highest standard of living in the world.

You scare me because you have begun to use 'extortion' tactics against certain banks and corporations.

You scare me because your own political party shrinks from challenging you on your wild and irresponsible spending proposals.

You scare me because you will not openly listen to or even consider opposing points of view from intelligent people.

You scare me because you falsely believe that you are both omnipotent and omniscient.

You scare me because the media gives you a free pass on everything you do.

You scare me because you demonize and want to silence the Limbaughs, Hannitys, O'Relllys and Becks who offer opposing, conservative points of view.

You scare me because you prefer controlling over governing.

Finally, you scare me because if you serve a second term I will probably not feel safe in writing a similar letter in 8 years.

Origins: Lou Pritchett is a former vice president of Procter & Gamble whose career at that company spanned 36 years before his retirement in 1989, and he is the author of the 1995 business book, Stop Paddling & Start Rocking the Boat.

Mr. Pritchett confirmed to us that he was indeed the author of the much-circulated "open letter" quoted above:
I did write the 'you scare me' letter. I sent it to the NY Times but they never acknowledged or published it. However, it hit the internet and according to the ‘experts’ has had over 500,000 hits.
Last updated: 31 May 2009

I read about too many assholes to write about them all at length. The world is full of them, and they will always be with us. At least we can still have fun outing them.

Here then is my first nominee. I'll find some way to summarize them as I go on.

"This kind of desperation is caused by the uncertainty of not knowing whether one will ever be released or even charged," said Ben Wizner, an American Civil Liberties Union attorney."

He was commenting on the fifth terrorist suicide at Guantanamo. What an asshole. If they all killed themselves, the world would be better off and the Gitmo issue would be over.

The article at Fox News
--

The article discusses the Obama "plan" to close Gitmo even as 65% of Americans oppose that. Then there's the nasty business of the Real ID Act:

The Weekly Standard found another sticking point: the 2005 Real ID Act, which then-Sen. Obama supported, expressly bans any foreigner from entering U.S. who "has engaged in a terrorist activity, endorses or espouses terrorist activity or has received military-type training from a terrorist organization."

What sayeth thou now, Comrade Obama?
Posted by cousinarlo at 10:28 PM No comments:

Islam encourages the abuse and murder of women

Islam endorses and promotes the beating and murder of women. What, you say? It's the Religion of Peace®, you say? Hardly, you moralistic...

WE'VE BEEN KICKING ASSES SINCE 1812. NOW IT'S ISLAM'S TURN

To All New Canadians:

Leave your honour killings, your acid throwing, and the rest of your offensive attitudes toward women at home. Or, like the Shafias, we will throw your asses in jail. Were it up to me the Shafias would hang.

Our freedoms and security, fought and died for by Canadians and their allies, are under attack.
The biggest threats to our freedom are too much government, the eco-lobby, and censors posing as human rights commissions.
Our biggest security threat is Islam. 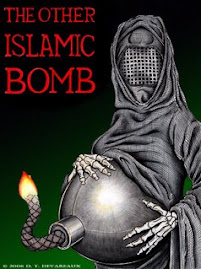 "We're the ones who will change you . . . Just look at the development within Europe, where the number of Muslims is expanding like mosquitoes. Every western woman in the EU is producing an average of 1.4 children. Every Muslim woman in the same countries is producing 3.5 children." -Mullah Krekar

Aqsa Parvez: Canadian teen murdered by her family in the name of Islam 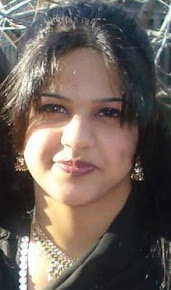 Her memory lives on thanks to Pamela Geller at Atlas Shrugs 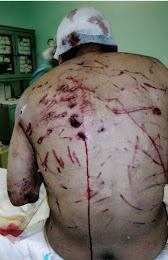 Freedom Threat #3: The Canadian Human Rights Commission and all of its Provincial counterparts. 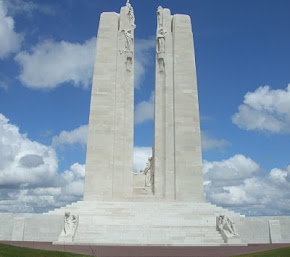 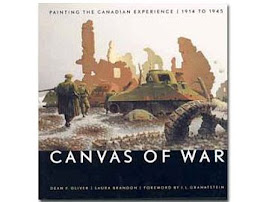 Bottom of the Canadian Political Barrel

2013 Update
The Liar Dalton McGuinty quit his job not long before a huge spending scandal gathered full steam. His party the Liberals/Fiberals had a private meeting and appointed a new premier for us without an election. She was one of his minions (ministers) but denies knowing anything about anything, including the scandal.
New List for 2011/2012
1. The NDP.
They will always be economic disasters, because of their uncontrollable need to tax and spend. Now 60% of their members are from Quebec, and a lot of them being elected by voters who used to support the separatist Bloc Quebecois. That happened because Jack Layton (now deceased) told voters in Quebec that he supported tougher language laws).
2012 Update: their support in Quebec is dropping like a stone. Quebecers voted NDP to piss off the Bloc, not because they liked Jack Layton.
2013 Update: Their new Head Pinhead is Thomas (not "Tom" like a real Canadian should say it) Mulcair. He just finished stabbing his fellow Canadians in the back by going to the USA and telling them that the Keystone pipeline was a bad idea. He's worse than incompetent, he's another self-hating socialist that wants to be powerful while f--king with your future.
2. Dalton McGuinty
This is the zombie politician. It doesn't matter how much credibility and respect gets hacked off the man, he just keeps coming and coming. Mouth breathing city voters, unions, teachers, and the rest of the moochers managed to keep him in power in this year's election, albeit with now a very slim minority government.
2012 He remains taxpayer enemy #1 in Ontario
2013 Update:
This man put Ontario deeper in debt than ever while his boot licking bureaucrats created scandal after scandal, including eHealth, Ornge, and finally cancelled power plants (cancelled to save his party, not to do what was right for Ontario).
Then the coward resigned, suspended the government, and anointed an even FURTHER left sycophant of his to replace him as Premier. No votes, no problem. That's the left; child-like rule changing is standard equipment.
He's GOT to rank as the worst Premier Ontario's ever had.
*******************************
Original list with updates below:
Dec 2010 updates in red
May 2011 updates in Conservative blue
1. Jack Layton:
pinko idiot/socialist mooch (holding steady)(Now the Official Leader of the Opposition, the New Demoochcratic Party)
2012 Now dead

Green freak, enforced retirement from combat (will be off next year's list)(In a delicious twist of irony, he keeps his seat in 2011 while Ignatieff loses his)
2012 Actually defended Canada the other day.

Should be deported from Canada for treason (still a traitor)(No need to deport- he lost his seat and can now shrivel away)
2012 Still a traitor and bloodsucker. Sadly Quebecers seem to be drifting back to this blackmailer's party
5. Michael Ignatieff:
Thinks he's God's gift to Canada (still irrelevant)(Now also NOT the Liberal leader- back to Hah-vad with you!)
2012 Gone from politics but still yapping for money
6. Dalton McGuinty, aka Norman Bates:

Mr Tax Increase. Can find Canada on a world map (still running Ontario's economy into the ground. I think he may have been worse for Ontario than Rae was). We can finally get rid of this super sized socialist next fall.
2012 Update: Thanks to the preponderance of liberal morons and immigrants in Toronto, he squeaked back in with a one-seat majority. The rest of Ontario needs to separate from Toronto.
2012 Fall update: Under pressure from the buildup of scandals, the coward resigns and then prorogues the government to avoid investigations and charges of contempt. A complete disaster for Ontario's economy; he took the nanny state to new lows and robbed us of one freedom after another.
Dalton McGuinty: Worst Ontario Premier Ever.

Presently destroying Toronto (update: not running for re-election!) (He's out, and Rob Ford is in. Ford's mandate is to undo the financial carnage from letting liberals control the money for so long.)
2012 David Who???